Doctor Who: The New Companions Ranked Best to Worst #16-#8

Who is Doctor Who’s best companion among the new batch of Doctors? Starting with Christopher Eccleston, which companions have been fantastic and which have been completely boring. Basically, which companion’s episodes are skip-worthy?

Is Rose Doctor Who’s best companion? Is Martha the worst? What do you think?

Obviously, such an undertaking is going to be completely … objective, empirically and quantifiably determined, research-based, and without a margin for error. All thanks to Nerdatron’s advanced systems.

Let’s start with the worst (or at least most obscure) and end at the #1 Best Doctor Who companion:

From TARDIS: Adam Mitchell was a young English researcher in the employ of the American GeoComTex billionaire Henry van Statten in the year 2012. After van Statten was outed from GeoComTex for the “Metaltron” incident, Adam become a companion to the Ninth Doctor, at Rose Tyler’s urging. However, Adam disgraced himself by filching information from the future with intent to alter his timeline, and the Doctor spurned Adam from accompanying him any further.

Riddell was an English game hunter. He joined the TARDIS crew in Dinosaurs on a Spaceship (2012). The Doctor took him to a Silurian Ark ship. The hunter was supposed to help stop the ship crashing into earth. Riddell may not be considered a ‘proper’ companion, since he’s a bit obscure and barely appears in one episode.

Nefertiti – called “Neffie” by the Doctor – was in the same episode as Riddell, above. She also helped the Doctor with the Silurian Ark ship that was hurtling towards the earth in Dinosaurs on a Spaceship (2012). Afterwards, she left and went to Africa with big game hunter John Riddell.

Astrid (Kylie Minogue) was the Doctor’s companion during the 2007 Christmas special “Voyage of the Damned”.

Astrid is from the planet Sto and a waitress on the starship Titanic. She met the Doctor when she broke a glass, and he offered to help her clean it up. When he admitted that he was a stowaway, she offered to get him a drink on the house.

The Doctor decided to take her on a teleport trip down to Earth in return. There they met Wilfred Mott (more on Wilfred and Doctor Donna below), who told them people had abandoned London because of all the alien invasions at Christmas time.

She is ultimately killed trying to save the Doctor.

After saving the Titanic, the Doctor realizes that Astrid was still wearing a teleporter bracelet when she died. He tries to bring her back to life, but the Doctor does not succeed … exactly.

Astrid is left as a ghost-like energy being. In the end, the Doctor sends Astrid away to fly through the universe.

Craig was a lovesick man who sublet a room in his apartment to the Doctor in The Lodger (2010). He returned in Closing Time (2011) to help the Doctor fight some Cybermen hiding underneath a department store.

Not sure if Nerdatron is able to compute Captain Jack as a love interest of the Doctor, but … Ahh, but the Face of Boe.

Mickey (played by Noel Clarke) was originally Rose Tyler‘s boyfriend, who had something of a “Toto complex.”

He helped Rose and the Ninth Doctor several times. Later he travelled with the Tenth Doctor and Rose.

At the end of “The Age of Steel,” Mickey decided to stay in the parallel world to help fight the Cybermen. In the parallel universe, Mickey finally became the hero he wanted to be.

Martha is unique among the Doctor’s more long-term companions for three reasons:

First off, she played another character in Doctor Who before her recurring role: she played her own cousin. She was Adeola Oshodi in the episode “Army of Ghosts.” 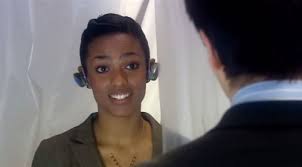 Known as “Adi,” pre-Martha was a technician at Torchwood One. Whilst finding a place for a romantic liaison with a co-worker Gareth Evans, she was seized and converted into an earbud Cyberman.

Martha actually mentions her deceased cousin in her debut episode “Smith and Jones,” in which her hospital, Royal Hope Hospital in London, is transported to the moon.

Second, unlike other companions, Martha not only became infatuated with the Doctor but eventually declared her feelings to him. She decided to stop travelling with him when he could not return her affection.

She continued to have a number of adventures, though, both with and without him, thanks to her work with UNIT and Torchwood. (cf. Last of the Time Lords, Reset).

One last unique thing about Martha is that, apart from Amy and Rory, she is one of the few companions to marry another companion. Martha and Mickey eventually marry.

They were a group of detectives in Victorian England named for the location of their residence and headquarters on Paternoster Rowe.

They were also a part of the Doctor’s army, which he summoned from across time and space to aid him in the Battle of Demon’s Run. Commander Strax was killed in the battle with the Headless Monks. Vastra and Jenny survived (“A Good Man Goes to War”).

So what do you think so far? Is Nerdatron’s infallible, unfathomable ranking algorithm fallible? How would you rank this first half of Doctor Who’s companions? Comment below and let us know. Please share, as well. 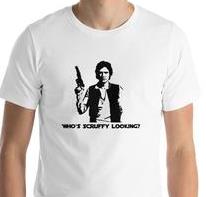